Designed and hand built in Wallsend UK by Dave's brother Bernard, we've been using a 'Maughan' in the studio for some time now, and pretty much all the electric guitar sounds on the last few albums we've done have been courtesy of this amp. "Without any doubt it's the best studio guitar amp I've ever worked with", says Dave. "This amp just has to be heard to be believed. And it's just so easy to mic up - you literally point a microphone at it and you immediately get the sound you perceived in the room. How does that work...?" MAC also designed and built the 'Lancaster Bomber' all valve Mastering Compressor specially for FMP, and they are the North East's specialists in repairing classic, high end and vintage amplifiers, studio equipment and accessories. 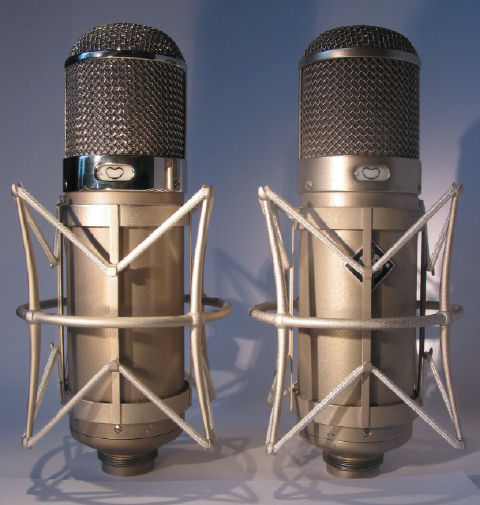 "U47 Zeitmaschine.... (the time machine). Can a u47-remake be as good as the original?" The answer is that a Wagner u47 is genuinely as good as a Neumann u47 was when it was brand new, way back in the 1950s. Because the Wagner U47w is made from u47 spareparts, basically each part - from the mechanics, the body and the head to the transformer and the capsule - is directly interchangeable with the original Neumann part in an old u47.
In other words, if you take the headgrille or a capsule or even the output connector, it does not just look the same, but it is always a fully authentic replacement part for an old Neumann U47.
A Wagner u47 is no 'clone' - it's the real deal!

These guys look after all our web hosting and email server requirements. They also happen to be the UK's premier open source and Linux consultancy. Thoroughly recommended!